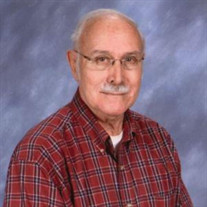 Wilbur “Bill” John Schwenger Bill Schwenger, age 80, entered into the House of his Lord February 5, 2022, surrounded by his wife and children. Mr. Schwenger was born in Chicago, Illinois to the late John William and Helen Wilkinson Schwenger on August 7, 1941. Bill graduated from the Harvard School for Boys in Chicago in 1959. He attended Northern Illinois University before working for Sherwin-Williams paint company and then joined the Air Force to serve his country as part of the 874th TAC Missile Squadron stationed in Okinawa. He completed his service in January 1965, and rejoined his family in West Palm Beach, FL. He continued his education at Palm Beach Community College and the University of Florida - graduating in 1969 with a Bachelor of Arts degree and a Master’s degree in Education in 1971. Bill had many mentors in his life growing up. However, the ones he met in scouting and the values he learned in the scouting program impressed him the most. Bill paid it forward during his years in the service by volunteering at a troop for two years while stationed in Okinawa. Upon his return to the states, he volunteered at troops wherever he was located. Bill started his teaching career in Saint Lucie County Public Schools in the fall of 1971 at Lincoln Park Academy teaching 9th grade math. When the 9th grade moved to Fort Pierce Central High School on Edwards Road, Bill moved up to teach math to the upper-level students. During his 35 years as a teacher, Bill taught classes in the public school system and night classes at IRCC. In 1984, Bill earned the honor of Saint Lucie County Teacher of the Year Award. Bill sponsored clubs at the high school, was active in his church, started a scout troop at Mount Olive Baptist Church and later became the Scoutmaster of Troop 499 sponsored by the Saint Andrew Lutheran Church. As an adult leader, Bill was awarded Scouting's Silver Beaver Award and The Lamb Award of the Lutheran Church. Bill was joined in marriage to Barbara Ann Silvis on August 15, 1970, in Lake Park, FL at Saint John Lutheran Church. Together, they raised their four children in St. Lucie County. Bill is survived by his wife of 51 years, Barbara and children Karin (Barry) Picchiarini, Fort Lauderdale; Lauralee (Joshua) Moberg of Fort Pierce; John (Megan) Schwenger of Port Saint Lucie, and William Schwenger Fort Lauderdale. Siblings Robert (Dyann) Schwenger, Alison Schwenger and Janet (Leonard) Smith. Brothers/sisters- in- law: Daniel/ Patricia Silvis, Thomas/Sharon Silvis, Timothy Silvis, and Elizabeth Robins. Grandchildren included Skylar, Avery, Blair Picchiarini; Elizabeth, Emilee, Dakota, Autumn Moberg; John “JD”, Kaitlyn and Kylie Schwenger. Services: Visitations on Thursday, February 10, from 5:00 – 7:00 PM at Haisley Funeral Home in Fort Pierce and on Saturday, February 12 from 1:45 to 2:30 PM at St. Andrew Lutheran Church in Port St. Lucie. A service at the church will follow at 2:30 PM. Bill will be laid to rest at White City Cemetery. In lieu of flowers, donations can be made to: Gulfstream Council Boy Scouts of America, www.gulfstreamcouncil.org (giving) or the St Andrew Memorial Fund at St. Andrew Lutheran Church, 295 NW Prima Vista Boulevard, Port St Lucie

Wilbur &#8220;Bill&#8221; John Schwenger Bill Schwenger, age 80, entered into the House of his Lord February 5, 2022, surrounded by his wife and children. Mr. Schwenger was born in Chicago, Illinois to the late John William and Helen Wilkinson... View Obituary & Service Information

The family of Wilbur "Bill" John Schwenger created this Life Tributes page to make it easy to share your memories.

Send flowers to the Schwenger family.