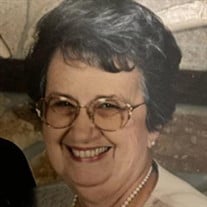 Wanda Elizabeth Norvell Wanda Norvell, 92, died February 16, 2021, in Fort Pierce, Florida. Wanda was born in Gurley, Alabama in 1928 to John and Alene Lilly. The Lilly’s moved to Florida upon Mr. Lilly’s responsibilities with Florida Power and Light. Within a few short years, Mrs. Lilly had been widowed and had become the sole provider and caregiver for Wanda and her younger brother, Tom. Wanda’s mother, Alene, is still remembered for her dedication to her children and their families. Wanda eventually met Jack Norvell while out with friends. Jack’s love for dancing and colorful personality soon won him a few dates and eventually a beautiful young bride. Together Wanda and Jack raised three sons, who all became handy on the family cattle ventures. Both Jack and Wanda were active members in the Florida Cattlemen and Cattlewomen’s Association for many decades. After retirement, Wanda and Jack built a home on a trout-filled creek in North Carolina, where they spent their summers until 2017. Wanda was the undisputed rainbow trout fly-fishing matriarch of the family and was lovingly bestowed the honorary title of Mayor in her North Carolina Deep Creek community. Always a loving and devoted wife and mother, Wanda leaves behind her three sons and daughters-in-law, Richard, Robbie (Cathy), Rusty (Janice) and Lynne Norvell; six grandchildren, Robert, Sunni, Russell, Richard, Kaylyn, and Leighton; nine great-grandchildren, and numerous nieces and nephews. She was predeceased by her parents John and Alene Lilly, younger brother, Tom Lilly, and her husband John Roy "Jack" Norvell Jr. The family would like to express their appreciation for Wanda’s caregivers and special friends, Roselyn Stone and Chantel Campbell. Service: Visitation will be held on Saturday, February 20, 2021 from 2:30-3:30 PM with a service to follow at 3:30 PM at Haisley Funeral Home, Fort Pierce.

The family of Wanda Elizabeth Norvell created this Life Tributes page to make it easy to share your memories.

Send flowers to the Norvell family.