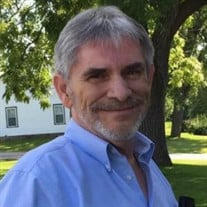 Steve Gouchoe of Ft. Pierce, FL, formerly of Manchester, CT, passed away peacefully at home on Monday, January 10, 2022, at age 69. He was born in Rutland, Vermont to Loren and Ruth (James) Gouchoe. Steve is survived by his wife and soulmate of 40 years, Bonnie Pike Gouchoe, and his daughters, Laurie (Steve) Laube of Dillon, CO, and Terri (Marty) Vigue of East Hartford, CT. He is also survived by his brother Bernard (Barbara) Gouchoe of Bolton, CT, and sisters Linda Gouchoe of Manchester, CT and Debbie (Mike) Thomas of Manchester, CT. He leaves a special imprint on the hearts of his grandchildren: Brandon, Danielle, Tynan, Connor, Jasmine, Ashlyn, and Cameron; his beloved cousin Cheryl with whom he shared a special bond; his bonus family members Lacy (Richard) Brownlee and Petrese (Mike) Simianakis; as well as several nieces, nephews, and cousins. He was predeceased by his parents and his brother, John. Steve graduated from Howell Cheney Technical School in Manchester, CT in 1970 and continued his education at Porter & Chester Institute in 1985, where he earned a certificate in computer aided drafting. He spent many years driving a truck for McKesson Medical, charming the doctors and staff at the offices where he delivered medical supplies. In his daily travels, and much to his wife’s envy, he even met Paul Newman in one of those offices. Upon his retirement, Steve and Bonnie moved to sunny Ft. Pierce, FL, to be among lifelong friends who’d moved there before them. He loved doing the daily crossword puzzles (including the NYT Sunday puzzle, in ink), watching the Giants, Red Sox and UConn basketball games on tv, and playing along with The Price is Right better than any contestant we’ve ever seen. He also enjoyed spending time at Elks Lodge 1520 in Ft. Pierce, where he was a member. But above all else, he loved spending time with his family, friends, and his beloved “Sunshine.” A memorial service will be held Monday, January 17, 2022, at 2pm EST at White City United Methodist Church, 810 West Midway Road, Ft. Pierce. The service will also be live streamed on Facebook. Join the White City UMC Facebook page by clicking here and then clicking Join Group. Log in to Facebook Monday at 2pm EST and the live stream will pop up once the service begins. https://www.facebook.com/groups/1843494299282784/?ref=share If you would like to honor Steve’s legacy, donations in his memory can be made to the American Heart Association. https://tinyurl.com/2p95k6at

Steve Gouchoe of Ft. Pierce, FL, formerly of Manchester, CT, passed away peacefully at home on Monday, January 10, 2022, at age 69. He was born in Rutland, Vermont to Loren and Ruth (James) Gouchoe. Steve is survived by his wife and soulmate... View Obituary & Service Information

The family of Steve Gouchoe created this Life Tributes page to make it easy to share your memories.

Send flowers to the Gouchoe family.