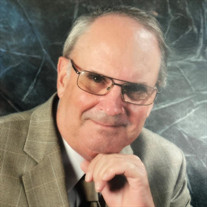 Major (Ret.) Stephen (Steve) Montgomery Taylor, USAF, 79, passed into the Kingdom of Heaven on the morning of Wednesday April 13, 2022. He died peacefully with his children by his side. Steve was born on January 23, 1943, in St. Paul, Minnesota to Dean and Louella Taylor. He received a Bachelor’s degree from the University of Kentucky and a Master’s of Education degree in Educational Psychology from Wayne State University. Steve proudly served in the U.S. Air Force for twenty years and enjoyed assignments in Turkey, Italy, Japan and multiple domestic locations. He spent the succeeding 18 years with the Rome City School District teaching world history at Rome Free Academy in Rome, N.Y.Steve married the love of his life, Ann Goodykoontz Taylor, in 1967 in Louisville, Kentucky. They shared 23 years of marriage prior to her passing in 1989. Steve was an incredibly talented musician playing both the piano and guitar. He enjoyed folk music, classical music and opera. Additionally, he ultimately wrote over 50 songs during his lifetime and was also an accomplished writer and published several books, including an autobiography and a memoir of letters shared with his late wife. Steve was a natural athlete and an avid sports fan. He enjoyed playing golf and tennis, especially during his retirement. Steve was a longtime fan of the University of Kentucky Wildcats and the Syracuse University Orangemen. In addition to his late parents, Dean and Louella Taylor, and his wife, Ann Taylor, Steve is predeceased by his older brother, Barclay Taylor. Steve is survived by his sister, Candace Taylor, his sister-in-law, Martha Taylor, his four children, Matthew (Deborah) Taylor, Samuel (Alice) Taylor, Jane (Matthew) Fineman and Susannah (fiancé, Spencer) Taylor, six beloved grandchildren: McKenzie, Charlie, Evan, Layne, Reese and Brooklyn, and his partner of 18 years, Elaine Flanagan. Steve and Elaine relocated to Fort Pierce, Florida after retirement and enjoyed traveling on many cruises and enjoying the Florida sunshine together. Steve will be greatly missed, as will his wit and sense of humor. An Inurnment and Celebration of Life for family will be held at a later date in Red Wing, Minnesota. The family requests those who wish to express sympathy to consider making a donation to the Wounded Warriors Project in Steve’s honor.

Major (Ret.) Stephen (Steve) Montgomery Taylor, USAF, 79, passed into the Kingdom of Heaven on the morning of Wednesday April 13, 2022. He died peacefully with his children by his side. Steve was born on January 23, 1943, in St. Paul, Minnesota... View Obituary & Service Information

The family of Stephen (Steve) Montgomery Taylor created this Life Tributes page to make it easy to share your memories.

Send flowers to the Taylor family.