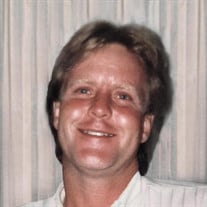 It is with great sadness and heartbreak the family and friends of Stephen C. Moose announce his passing on January 25, 2022 at the age of 69. He is survived by his sister, Caroline Moose Bingham; step-brothers, Randall Dimmett and Tom Dimmettt; step-sisters, Cynthia Weaver, Melinda Willaford, and Julie Gufford. He is predeceased in life by his Mother, Mary Louise Cameron Moose; father, John T. Moose Jr; sister, Sally Anthony Moose”Toni”, and stepmother, Shirley Moose. Born on October 16, 1952, Stephen was a life long Fort Pierce native; beginning school at Fort Pierce Elementary and graduating from Dan McCarty High in 1970. He attended the University of Florida and often cheered on his Gator alma mater. As a child, Stephen was active in Little League Baseball and as he grew, you could usually find him surfing at the North Jetty or speeding around the Inlet in his small Boston Whaler, usually overloaded with friends. Stephen was an avid scuba diver and spent several years treasure hunting off the Atlantic Coast with Jean Durand. If you were out and about in the 80’s, you could usually find Stephen serving up drinks (and always smiling) at the historic Fort Pierce hot spot, Boozgeois Saloon. As a very talented computer programmer, Stephen started his own business – Stephen C Moose Technologies. Stephen was known for his positive outlook, upbeat personality, beautiful smile, and for being the quintessential Southern Gentleman. There is an old saying, “he’d give you the shirt off his back” and Stephen would, without blinking. Stephen was blessed with many friends, some friendships spanning well over 65 years. He will be missed by all, but will continue to live on in our hearts. Memorials may be made to the St. Lucie County Fire District for their Lil Feet Program, Attn: Firechief, 5160 North Milner Drive Port St. Lucie, FL 34983. A memorial service be held in the Haisley Funeral Home Chapel, 3015 Okeechobee Road Fort Pierce, FL on Tuesday, February 15th starting at noon. A reception will follow at the Haisley Reception Center.

It is with great sadness and heartbreak the family and friends of Stephen C. Moose announce his passing on January 25, 2022 at the age of 69. He is survived by his sister, Caroline Moose Bingham; step-brothers, Randall Dimmett and Tom Dimmettt;... View Obituary & Service Information

The family of Stephen C. Moose created this Life Tributes page to make it easy to share your memories.

It is with great sadness and heartbreak the family and friends...

Send flowers to the Moose family.