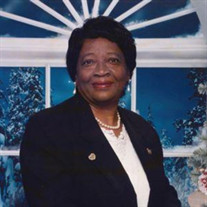 Shirley Mae Dawkins Seymour Cunningham was born August 23, 1939, at Jubilee Hospital in Kingston Jamacia. She was the sixth child to Ivanhoe and Muriel Dawkins. 5 siblings proceeded her: Findley, Noel, Lloyd, Hopeton, Christine, Shirley, Pearl, and Stephen. There are 2 remaining siblings: eldest daughter Christine and youngest son Stephen. She lived in Pleasant Valley Red Hills St. Andrew Jamaica. She was educated at Red Hills Elementary School. She later attended House Craft Training Center in Kingston. She focused on Home Economics. She was employed by the Ministry of Health as a secretary. In 1961, she had a daughter Stephanie Grace. Seeking a better life, she migrated to the United States in 1965. Arriving in New York City, she pursued and obtained a certificate in Early Childhood Care, and she worked as a childcare provider. Her passion was centered around catering, baking, and food preparation for events. She specialized in baking traditional Jamaican wedding cakes. She was employed by The Randall Gouthierre Catering Co. and the Ellen PFizer Commercial Stylist. She quickly became a manager at the catering company, handling some of New York City’s largest events. She met Leslie A Seymour in 1968. They married in 1979. Together they had Karen Angella in 1973 and Mark Anthony in 1979. With Stephanie, together they were a happy family of 5. Illness took Leslie from us in July 1989. In the summer of 1989, the family moved south to Ft. Pierce, Florida. They sought out our local United Methodist Church and quickly joined. One persistent member kept bringing us flowers and checking on us. Soon he was taking her to dinner. A friendship fostered to a marriage to William M. Cunningham in 1997. They later joined Community United Methodist Church and became active members. Together they raised an extended family while living in the community. Fondly known as grandma or Mrs. C., she continued her work in early childhood care. In 2007, after returning from her sis Pearl’s funeral in London, she had a stroke. In 2012 she was diagnosed with Alzheimer’s, a battle she could not win. After celebrating her 82nd birthday, she suffered another stroke on Saturday August 28. God, her Father, called her home one week later, September 4th 10:30a.m., to be with him and her family. Shirley was not only a hip mom, but also the cool aunt we looked up to. She was a big spirit and a bright light. She was a big lover of music and the arts. She was always fashionable, styled, and well dressed. She made sure that we were exposed to all kinds of culture as New York was our playground. She kept her family in church. She was an active member of St. Marks in Brooklyn NY. She joined St. Johns UMC here in Ft. Pierce and later Community UMC. She was a member of almost every committee: Alter Guild, U.M.W, Youth Coordinator, Pastor Parish Relations. She was a hugely successful well supported fundraiser. She was a winner of the church talent show with her “Homeless Lady” skit. She made the audience laugh and cry at the same time. She supported anything her family wanted to do. During success or failure, she was there to assist us or pick you up and dust off your knees, if necessary. Shirley and Mom, you will be forever missed; our hearts are forever broken. We take solace knowing you are resting peacefully with our lord and savior Jesus Christ. We can’t thank you enough for all that you sacrificed for us. You were a wonderful wife, mother, sister, aunt, cousin, friend, and person. Shirley is survived by her family: husband, William M. Cunningham, and children: Stephane, Karen, and Mark. Stepchildren: Vernita, Vicki, William Eric, and Elaine. Grandchildren: Allan, Ian, Taylor. Step grandchildren: Shay, Lakisha, Alex, Kiatta, Samuel, Abraham, Eric Jr., Kayla, Gabriel, Essence, And Armoni. Great grandchildren: Jenna and Tiana. Step great grandchildren: Harmony and Noah. Service: A service will be held on Saturday, September 25, 2021 at 11:00 AM at Community United Methodist Church, Fort Pierce

The family of Shirley Mae Seymour Cunningham created this Life Tributes page to make it easy to share your memories.

Send flowers to the Cunningham family.