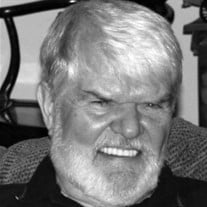 Philip John Nash, a caring husband, father, grandfather, brother, veteran, friend, and dog’s favorite human passed away on May 28th at the age of 88, surrounded by loved ones. On October 9th, 1932, Phil was born in Chicago, IL to parents Philip John Nash and Nora Keough from Doon, Ireland. Phil's grandfather was a Teddy Roosevelt Rough Rider and would become the 21st Chicago Police Officer to die on duty during the days of prohibition. After graduating from high school, Phil fulfilled his dreams to become a proud student at the University of Notre Dame. With a strong responsibility to country, Phil’s college years were put on hold as he joined the Army during the Korean War. He served in wartime in France. Once back from Paris, Phil rejoined Notre Dame, and on a blind date would meet the love of his life Alice. Together in 65 years of marriage, they had 6 children: Philip, Maribeth (Gary Bearfield), Michael, Colleen (Eddie Becht), Maureen and Jennifer “Blaze” and was a Proud Papa to his grandchildren Brian (Jamie Thomas), Allie (Emily Graff) and Drake and great grandchildren Tyler, Joshua, and Zachary. After Notre Dame, Phil in the late 1950’s opened his own computer company where he was a very early adopter in the computer technology landscape. Here he wrote code through punch cards and consulted on the tech world that would soon become mainstream. In the coming decades Phil would become owner/operator of automobile dealerships in the Chicago area and in Fort Pierce, Florida where in 1976 he purchased Nash Pontiac and Cadillac along with Fort Pierce Jeep. In his retired years Phil became a voracious reader with a constant appetite for books, computers, and extensive travel to all parts of the world with Alice and his children. His commitment to his marriage, family and country was unwavering. This dedication to never miss a day to provide and protect leaves the family forever grateful and proud. He was the man they could always depend on, who could always be trusted to guide them in the most noble of ways and at the core of that approach was to always be trustworthy, loyal, authentic, and caring. Phil never taught by his words; it was always by his actions. These actions would become his spokesperson throughout his life. His moral compass was continually maintained through his measures of honesty and integrity. Phil was a great role model to all. In heaven, Phil joins his parents, only brother John and a long receiving line of friends and family awaiting his company, stories, and charm. In Lieu of flowers please send donations to Treasure Coast Hospice of Fort Pierce for the incredible care they provided or The Humane Society of St. Lucie County for Phil’s love for animals.

Philip John Nash, a caring husband, father, grandfather, brother, veteran, friend, and dog&#8217;s favorite human passed away on May 28th at the age of 88, surrounded by loved ones. On October 9th, 1932, Phil was born in Chicago, IL to parents... View Obituary & Service Information

The family of Philip John Nash created this Life Tributes page to make it easy to share your memories.

Send flowers to the Nash family.