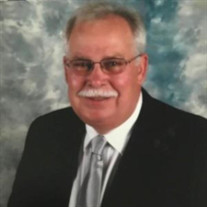 Lawrence “Larry” Puzacke, 74 of Fort Pierce, Florida passed away on June 12, 2021. He was born April 2, 1947 in Waterbury, Connecticut and was the son of Leo and Stacia. Larry married his wife, Lo-Ann (Therrien) August 22,1976 and they were happily married for 45 years. Survivors include his wife, Lo-Ann, of Fort Pierce, FL, daughter Tara Puzacke of Connecticut, son Jason Puzacke of Fort Pierce FL, daughter Jeannine Larson of Meridian Idaho, son-in-law Kurt Larson of Meridian Idaho, 4 grandchildren: Jordan, Noah, Ethan and Brooklyn, his sister; Barbara (Puzacke) Norton and brother-in-law Roger Norton of Connecticut, his brother Michael Puzacke of Connecticut, and three nephews, Kevin, Kyle, Charlie and his niece Meagan. He was preceded in death by his father, Leo Puzacke, and mother, Stacia (Darasz) Puzacke. Larry attended Thomaston High School, Thomaston Connecticut and Mattatuck Community College in Waterbury, CT with an AS in Science/Marketing. Larry served in the United States Marine Corps from 1967-1971. Larry spent his career serving others both professionally and personally. He was in the restaurant industry for over 40 years. Larry’s career highlights include: The Black Bull and Figaro’s in Enfield CT., Jason’s of Twin Hills Country Club in Longmeadow MA, Pasta Market at both the Gainesville, FL and Jacksonville FL locations, and finished his career with a long service of 18 years with Cracker Barrel Old Country Store restaurant; spending 2 years in Jackson MS, and then served as the General Manager in Fort Pierce and Jensen Beach Florida; recognized and awarded General Manager of the Year, not once, but twice. Larry enjoyed the simple things in life, was humble, and had a desire to make everyone feel good at all times. Together with his wife; Lo-Ann, Larry specifically loved playing cards and traveling over the last 35 years with friends; Nick and Jody Santanella, cruising the caribbean with family, and living part-time in Idaho to spend time with his grandchildren. Larry is best known to binge watch shows like Gold Rush, Mountain Men, all “Alaskan” shows, and his all time favorite TV series~ Blue Bloods. An open house Celebration of Life Gathering will be held on Saturday, July 17, 2021 between 1p-4pm at the Haisley Funeral Home Chapel, 3015 Okeechobee Road, Fort Pierce, Fl 34947. In Lieu of flowers, a donation can be made to American Heart Association. American Heart Association | To be a relentless force for a world of longer, healthier lives

The family of Lawrence "Larry" Puzacke created this Life Tributes page to make it easy to share your memories.

Send flowers to the Puzacke family.