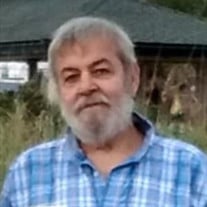 After a 15-year battle with heart disease, on November 4th, 2021, at the age of 67, Kenneth Wayne Kowalchuk, passed away at his home in Fort Pierce, Florida. By marriage of 33 years, a beloved husband of Deborah J Bickel Kowalchuk, Kenny was a proud and adoring father of Danielle N. Bickel. Never once was he considered, or regarded as a 'step-parent', but rather, as an ever present and loving father of equal treasure and equal value. With much sadness, Kenny was predeceased by his parents, born from strong and revered Ukaranian/Irish heritage, Nicholas Kowalchuk & Teresa "Shirley" (Murphy) and also his younger brother, Robert (Bobby) Kowalchuk, may they rest in peace. Please know this, Kenny will forever remain alive in the hearts of his dear and precious sister, Deanna (Charles) Krespach, his two beloved nieces, Kathryn Dunn and Elizabeth (Tyler) Van Kampen and four of the greatest great-nephews ever, Ethan & Hayden Dunn and Maxim and Rushton Van Kampen. Kenny deeply loved life and any signs of it. Clearly, he cherished his family, and family-of-friends, both near and far. Whenever he shared the joy of those memories, a warmth would wash across his face and those deep blue eyes of his would simply light up! In his career, as a 48-year union member, Ken enjoyed and respected his trade. He was sought after, not only for his mastery of carpentry and the mechanical skills to execute what he could envision in his minds' eye, but because he generously shared his knowledge with anyone. Certainly, if you ever needed any help, with little regard to how he physically felt, he would be there, crafting a professional outcome with you. As a young boy, working alongside his father and grandfather, a natural appreciation for carpentry had organic origins. His career began as an apprenticeship out of Carpenter's Local #18, Hamilton, Ontario, Canada. Kenny sincerely enjoyed the friendship, love, camaraderie and respect of his Union Brothers and Sisters. Blending this regard, with his skillset, into a brief, part-time instructorship through Carpenter's Local #130 of West Palm Beach, he shared the gifts he was given, through teaching other apprentices. Later, amazed at how quickly the years passed, he worked toward retirement, out of Carpenter's Local #1809 in Fort Lauderdale. True to his heritage, Ken enjoyed eating and was literally, quite proficient at cooking-up a delicious array of Ukranian 'peasant foods'. Always looking forward to the holidays, as was his tradition of gifting cabbage rolls. Hand-in-hand with the food prep, were the hours of enjoyment in gardening and growing rare tropical plants. Last, but certainly not least, if you knew Kenny, you knew that with a heartfelt, loving, hands-on approach, he thoroughly enjoyed and nurtured our pack of numerous beagles. Most evenings, Ken could be found by a blazing firepit, comforted and amused by the sounds of his bugeling-hounds, while nursing his daily ration of a frosted Corona with a slice of lime. Kenny's kind heart, easy smile and his infectious laughter will be missed beyond words, by all who were fortunate to know him. Cremation has taken place and a burial will be announced at a later date, yet to be determined. Should you wish to encourage a personal expression of your regard and sympathy, please develop a mindfulness to use products that denote as, 'Free from animal testing', as those more than likely involve a chemical-cruelty of caged beagles; most of whom would never know what it is for their feet to touch the grass. Your donations to a beagle rescue, in Kenny's memory, would always be highly regarded. You have got to know, Ken would have us save them all, if only he could have. If you would like to rehome a living-loving beagle in your life, one that Kenny truly cared for, please contact: haveangelswilltravel @yahoo.com ...in moving forward, go in love and peace.... God bless.

After a 15-year battle with heart disease, on November 4th, 2021, at the age of 67, Kenneth Wayne Kowalchuk, passed away at his home in Fort Pierce, Florida. By marriage of 33 years, a beloved husband of Deborah J Bickel Kowalchuk, Kenny was... View Obituary & Service Information

The family of Kenneth Wayne Kowalchuk created this Life Tributes page to make it easy to share your memories.

Send flowers to the Kowalchuk family.