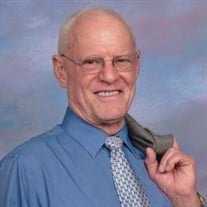 Keith Clifton Dekle May 10, 1947 – November 10, 2021 Keith Clifton Dekle was a man who lived with great energy and enthusiasm, with the gift of charm and humor that he bestowed on anyone and all. From the grocery clerk to county powers-that-be, he left people feeling seen, heard, valued, and even entertained. The middle child of three, born to the Honorable Hal Peb Dekle and Mrs. Dorothy Jane Clark Dekle, he grew up alongside brother Pat and sister Dawn in his birthplace, Miami, Florida. He leaves behind loving girlfriend Alice Cameron Green, both his siblings (Patrick Hal Dekle and wife Janet Peurrung Dekle, and Dawn Norine Dekle Stoddart), his three children (Valerie Ann Dekle Slack and partner Richard Charles Laventure, Jeffrey Merritt Dekle and wife Essence Kramer Dekle, and Scott Travis Dekle and wife Robbie Johnson Dekle) and their mother (Linda Nettles Jesel), eight grandchildren (Hunter Ryan Kramer, Samantha Lane Slack, Cole Jeffrey Dekle, Cameron Ross Slack, Garrett Christian Dekle, Faith Angelia Dekle, Holly Beth Dekle, and Jeffrey Merritt Dekle, Jr.), and a host of extended family, friends, and loved ones. Keith was a lifelong student and learner. He attended Sunset Elementary School, Ponce de Leon Jr. High, and graduated from Coral Gables Senior High in 1965. He studied Biology and Chemistry, receiving his Bachelor of Science degree from Florida State University in 1969. While at FSU, he was a member of Delta Tau Delta Fraternity, as well as a trapeze artist in the FSU Flying High Circus. He continued graduate study in Marine Biology at the Rosenstiel School of Marine and Atmospheric Sciences at University of Miami, while raising three children with wife Linda Nettles Dekle (now Linda Jesel) and working as a field biologist for Florida Power & Light. During his retirement, he received an Associate of Arts degree in Architectural Design and Building Construction from St. Petersburg College. His life’s work began with a host of interesting jobs during school years, from selling newspapers, to skin diving under a Key West glass-bottomed boat, shipbuilding, transatlantic tugboat delivery, electrician apprentice work at UM, and resident apartment management at FSU. His full-time career began at FPL’s Turkey Point plant, and continued in various capacities and locations for FPL, lastly at the St. Lucie Nuclear Plant on Hutchinson Island. The latter part of his career was spent with Pinellas County Utilities in Largo, Florida, where he handled quality assurance and served on the Personnel Board. Throughout his lifetime, he developed his own particular knowledge base. His interests ranged from marine biology and aquaculture, to citrus grove management and land utilization, to the Quality Improvement Process, to personnel and project management. Outside the workplace, he became expert at beekeeping, Florida native plant horticulture, stained glass art, fine woodworking, and rehabilitation of Florida vernacular homes from the early twentieth century. He loved to travel, visiting sites as far as Ireland, Denmark, and Italy, as well as many throughout the USA. He was a fifth-generation native Floridian, and avidly archived family history, photos, and memorabilia. A devoted father, he taught his kids how to build tree forts and half-pipes, ride bikes, and bounce on pogo sticks. He managed dust-covered young ballplayers on various Khoury League baseball teams, dispelled the nervousness of teenage girls as he drove them to Cotillion, cajoled procrastinators into finishing their school projects, and made sure each of his kids got a college degree. He built new traditions when old ones broke down, such as the Christmas Tree Trimming parties he hosted in Stuart, Florida, inspiring the holiday spirit in his teenagers and their friends. He taught his kids how to rebuild Mustangs, extract honey, repair a roof, and be a ray of sunshine to others. He instilled discipline and dealt with crises, and overcame financial hardship by means of hard work, with his sense of humor intact. Beloved by many, Keith inspired joy in people wherever he went. Well, unless you kept him waiting for a scheduled appointment…! He was easygoing with others, appreciating people for who they were. He strove for perfection in his work, holding himself to the highest standards of craftsmanship in his renovation projects. He also had a gift for seeing potential in people, and helping them to see it in themselves. He passed away peacefully at Treasure Health Hospice House in Fort Pierce, Florida, surrounded by family and loved ones. He is greatly missed and loved, and always will be, but we know he is now celebrating our Lord alongside his parents, just as he knew he would be. Join us for a celebration of Keith’s life on Saturday, January 8, 2022 at 2 p.m. Please contact Haisley Funeral Home at (772) 461-5211 or see haisleyfuneralhome.com for location and further details. The family would love to include any photos, anecdotes, nicknames, or other memories you have of Keith for our memorial anthology and slideshow. In lieu of flowers, donations may be made to your local public television station, or to: Treasure Coast Hospice Foundation 1201 S.E. Indian Street Stuart, FL 34997 (772) 403-4547 treasurehealth.org

Keith Clifton Dekle May 10, 1947 &#8211; November 10, 2021 Keith Clifton Dekle was a man who lived with great energy and enthusiasm, with the gift of charm and humor that he bestowed on anyone and all. From the grocery clerk to county powers-that-be,... View Obituary & Service Information

The family of Keith Clifton Dekle created this Life Tributes page to make it easy to share your memories.

Send flowers to the Dekle family.