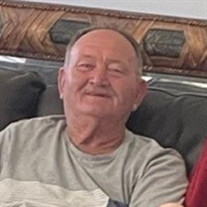 John Garrett Talley 1959 – 2022 John Garrett Talley passed away on February 28, 2022, at the age of 62. John was also known as Papa, Poppy, and Uncle John. A Florida native, John was born on March 25, 1959, in Stuart, Florida to loving father and mother Robert and Virginia Talley. The family settled in Fort Pierce where John resided as a lifelong resident for the remainder of his years. During that time John had sadly been departed by his late brothers Ronnie and William (Donnie) Talley as well as both of his parents. His family gave him great purpose and meant everything to him; his happiest times were when he was surrounded by them. John loved spending time with family and close friends. Selfless, John put others before himself and was always willing to give. Being kind and helping others was what made him John. He had a heart of gold and an ability to reach those that others couldn’t. His greatest advice was to work hard and remember why. He lived life simply but to the fullest. John was always thinking. He wasn’t afraid to take chances and may have had struggles, but his not being afraid to fail, was why he succeeded in life. He found meaning in his craft as the owner of Treasure Coast Land Clearing, Inc. for 30 years. As an entrepreneur, John also owned Chick-N-Treat in Fort Pierce for many years as well as Talley and Perry Ventures, Inc. He had a passion for NASCAR, airboating, and hunting, but his greatest enjoyment was caring for, spending time with, and being there for his girls. John was and always will be one of the most dearly loved men in the world. His warm demeanor was a comfort to all who were so blessed to know him. He was steadfast supportive and always a pillar for those who were a part of his life. Perhaps that was the most amazing thing about him was his ability to love so deeply and reliably. Although John lived a quiet life, he touched the hearts of so many. His lessons, love, and memory will live forever. He lived his days as a son, brother, father, grandfather, uncle, cousin, and friend. John is survived by his sister Donna Talley Morris of Fort Pierce, brother David Talley of Fort Pierce, and numerous aunts, uncles, nieces, nephews, and cousins. He is also deeply mourned by Kimberly Hall, who was like a daughter to him, Hoss Perry and David Talley, Jr. of Fort Pierce, who were like sons, and Kyndall Hall, Miriam Hall, Karter Owens, Taylor Nuccio, and Kyle Nuccio of Fort Pierce, all of whom thought of John as a grandfather. John had a love for God and was a member of The Life Center in Fort Pierce as well as an active board member. A memorial service will be held there on Sunday, March 6, 2022, at 10:00 a.m. immediately followed by a celebration of life at the same location. Memorial Contributions may be made to Surfers for Autism, a 501(c)3 based in Stuart, Florida which provides free surf lessons for children and adults with autism and other related developmental delays and disabilities.

The family of John Garrett Talley created this Life Tributes page to make it easy to share your memories.

Send flowers to the Talley family.