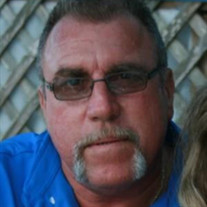 Jeffrey Maurice Thompson, 64, of Fort Pierce, Florida, passed away on Aug. 16, 2021. Jeff was born in Alliance, Ohio on June 30, 1957. He was raised Canton, Ohio with his two rambunctious, outdoor-loving brothers. He graduated from Kiskimentas College Preparatory School (“The Kiski School”) of Saltsburg, Pennsylvania, and continued on to University of Akron in 1979 (majoring in Pre-Law) and Indian River State College to receive his Master Electrician Training as a State Certified Contractor in 1985. His beloved Kiski School was responsible for educating Senators and leaders of this country and he was involved in his alumni association. Jeff was married to Nancy Thompson on June 7, 1986 at Trinity Lutheran Church in Fort Pierce. They had four children and were married 35 years. He was the owner/operator of All Phase Electric for 30 years and served his community faithfully in this capacity as having touched every piece of infrastructure comprising his city (City Hall, numerous County Buildings, St. Lucie Nuclear Plant, Lawnwood Regional Medical Center, Lawnwood Stadium, multiple condo associations, the State Attorney’s Office, St. Lucie County School Board, Chamber of Commerce, FPL Outages, and the iconic Sunrise Theater sign, just to name a few). His previous occupations included chauffeur, bus driver, Sea Cow operator, linesman, fire fighter, rattlesnake wrangler, certified Harley Davidson mechanic, commercial fisherman, and many others. He prepared Fort Pierce for 22 major hurricanes with countless generator hookups and service calls. Jeff faithfully served the Lord and studied His Word. He also enjoyed scuba diving as a certified instructor, dad jokes, anything with a motor (with a specific passion for motorcycles), and the origin story of every place/event/item under the sun. He had also been actively involved with the Board of Directors at Common Ground Vineyard Church, Super Saturday Youth Ministry, Mustard Seed Ministries’ Community Thanksgiving, Common Ground’s New Wine Café soup kitchen, Open Doors Ministries, Holt International, Samaritan’s Purse, the Police Athletic League, NRA, the Fellowship of Christian Athletes, the Special Olympics, St. Andrew’s Episcopal Church, and his favorite organization, Angels of East Africa. He was a civic-minded servant who embodied Christ to his friends and family in every way. He was loyal to his country and supported the Military and First Responders. Jeff is survived by his wife, Nancy Thompson; children Patrick and Danielle Morningstar, Casey Thompson and Thomas Dunn, Jack Thompson, Sang Thompson; grandchildren Nathan, Johnathan and Mia Morningstar; siblings Gregory and Deborah Thompson, John and Rhonda Thompson; and other family and friends. Jeff is preceded in death by his parents John and Jean Thompson. In lieu of flowers, memorial donations may be given to Angels of East Africa. The family of Jeff Thompson wishes to thank their friends and family for the overwhelming kindness and gestures received during this time as they heal from this loss. He will be greatly missed. The funeral service will be held on Aug. 20 at Haisley Funeral and Cremation Center of Fort Pierce, Florida. Pastor Alex Pappas of Oceans United Christian Centre will be officiating. Visitation will be held from 3 to 5 p.m., with a service to follow at 5:00 pm.

Jeffrey Maurice Thompson, 64, of Fort Pierce, Florida, passed away on Aug. 16, 2021. Jeff was born in Alliance, Ohio on June 30, 1957. He was raised Canton, Ohio with his two rambunctious, outdoor-loving brothers. He graduated from Kiskimentas... View Obituary & Service Information

The family of Jeffrey Maurice Thompson created this Life Tributes page to make it easy to share your memories.

Send flowers to the Thompson family.