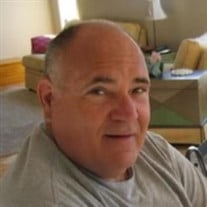 Gregory “Gregg” O. Pletcher, 76 passed away on Monday, February 1, 2021, in Fort Pierce, Florida. Gregg was born on December 8, 1944, to Marie Z. (Millikan)and Clyde O. Pletcher in Elkhart, Indiana. He is survived by his wife, Judy (Howes) Layne, Pletcher, who he married on June 12, 1992, at the First Presbyterian Church in Elkhart, Indiana. His first wife, Melody Miller, for 22 years. He is survived by his children, Adam (Robin) Pletcher, Mahomet, IL, Mark (Christy) Pletcher, Denver, CO, Lisa (Mike) Foldesi, Fort Wayne, IN and Monty (Michele) Layne, Lakeville, IN, and his best pal, Sammy his dog. He is also survived by his 9 grandchildren, Nolan, Mara and Reese Pletcher of Mahomet, IL, Jack Pletcher of Denver, CO, Alison (Chris) Pierce and Frannie Foldesi of Fort Wayne, IN and Chris, Dominic (Libbi) and Brandon Layne of Lakeville, IN, and 2 great granddaughters. Surviving siblings are Travis (Linda) Burleson, Margo (Dean) Redman, Fred (Janet) Pletcher and Marlene “Muff” (Rodney) Stamper all of Elkhart, IN, and many nieces and nephews. Preceding him in death were his parents and brother Carl Burleson. Gregg was a graduate of Concord High School and attended Indiana University. He completed his tool & die apprenticeship at NIPCO in Elkhart, Indiana, and then became a steel mold maker. He owned his own business, Admar Mold & Engineering where he designed and built plastic injection molds for the automotive, recreational vehicle and medical industries. He was also a partner in Quad 4 Plastics, inc., all in Elkhart, IN. Gregg lived his life helping others whenever he could. He was a mentor for Big Brothers Big Sisters Program, employing and providing food to the homeless. Gregg co-founded the Concord Youth Soccer Program. He served several years as a head referee and coach. He was an avid Notre Dame Fan. He was famous among family and friends for his cooking, especially his delicious cheesecakes & BBQs. The family plans to have a remembrance service in Elkhart at a later date. No flowers, please. If you wish to make a donation in Gregg’s name, please consider the Cancer Research Institute: http://www.cancerresearch.org/

The family of Gregory "Gregg" O. Pletcher created this Life Tributes page to make it easy to share your memories.

Send flowers to the Pletcher family.