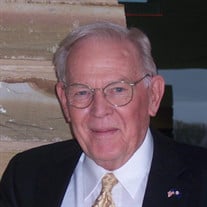 Gerard “Jerry” Katzmann, 86, an Ambassador for Christ, went to be with his Lord January 15, 2021, surrounded by his family. Jerry was born in Kenmore, New York to Muriel and Helmut Katzmann on March 29, 1934. He was the oldest of five children. He graduated from Kenmore High School in 1952, became an Eagle Scout with Troop 297 in April 1952, attended University of Buffalo from 1952 – 1954, and graduated from the Naval Post Graduate School in 1967 earning a Bachelor of Arts degree. Jerry had a 20-year career as a Naval Aviator, stationed aboard the USS Essex, USS Randolph, USS Yorktown, and OINC of VR-24 Carrier on Board Delivery (COD) squadron in Naples Italy. Jerry retired as a Lieutenant Commander in 1974 with 5000 flight hours and 500 carrier landings having been awarded the Naval Commendation Medal for outstanding logistical service to the Sixth Fleet. He authored an essay about required Sixth Fleet Air Support Assets that was published in the Naval Institute Proceeding magazine, January 1973 issue. Jerry had a 29-year career in real estate winning numerous sales and management awards as a top salesman and broker. The construction of his residential development plan of “Mill Dam Forest subdivision” was awarded “Best Developed Plan” from the city of Virginia Beach in 1995. He is survived by his beloved wife of 64 years, Miriam “Candy” Katzmann; daughter, Kathryn and husband Larry Stanley; son, Michael Katzmann and wife Dawn; granddaughters, Ashley and her husband David Henderson, Casey and her husband Bryant Lewellyn; grandsons, David Crooks and his wife Corinne, and Jonathan Katzmann and his wife Diamond; and seven great-grandchildren. Other survivors include, sisters, Muriel and her husband Donald Campbell and Louise Conti, as well as many nieces and nephews. He was predeceased in death by his parents, Muriel and Helmut Katzmann, and brothers, Burdette (Burt) and Lawrence (Lonnie) Katzmann. Jerry’s church membership after Naval retirement started at Virginia Beach Community Chapel where he accepted Christ as his personal Savior, sang in the choir, served as Deacon and learned about God’s Great Commission. He helped start Grace Bible Church in Virginia Beach, serving there as an Elder and member of the Missions Committee. After moving to Fredericksburg, VA, he joined Grace Memorial Church and served as an Elder, Missions Committee Chairman, and church Treasurer. Jerry enjoyed two short term mission trips to teach English and help build a cabin for a Christian camp in Hermanovce, Slovakia. Jerry was a Life-Time member of the Mary Washington Hospital Auxiliary in Fredericksburg, VA, volunteering in the ICU Waiting Room. He was a Charter Member of Stafford Hospital Auxiliary, becoming its first President in July 2008. Jerry and his wife, Candy, moved to Port St. Lucie, FL in 2011. They became members of Grace Emmanuel Church. Jerry enjoyed the biblical teaching there and was active in Bible study groups. He took a short Mission trip to Jamaica with his Pastor, Sam Chess and three other men to encourage Cornerstone Ministries. On January 15, 2021, he “made his last Charlie time”, 180 degrees for final landing. A public memorial service will be held Saturday, January 30, 2021 at 2:00PM, followed by a reception in the Fellowship Hall at Grace Emmanuel Church, 707 Kitterman Road, Port St. Lucie, FL, with Pastor Sam Chess presiding. In lieu of flowers, memorial contributions may be made in Jerry’s name to Grace Emmanuel Church “Missions Fund”, 707 Kitterman Road, Port St. Lucie, FL 34952 https://www.graceemmanuel.com/online-giving or a “Memorial/Honor Gift” to CareNet Pregnancy Center of the Treasure Coast 6704 South US Highway 1, Port St. Lucie, FL 34952 https://www.myegiving.com/App/Giving/carenet

The family of Gerard "Jerry" H. Katzmann created this Life Tributes page to make it easy to share your memories.

Gerard “Jerry” Katzmann, 86, an Ambassador for Christ, went to...

Send flowers to the Katzmann family.