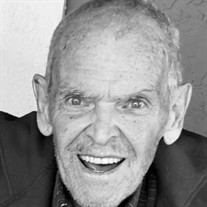 George Herman Müller Jr. (1/29/29 – 4/20/22), age 93, joined his beloved son, Mark (60) in Heaven on April 20, 2022. He is survived by his “beautiful bride” of 68 years, Kathleen (Leirer) and their five children – Kathy Salemno (Pete), George, William (Melinda), Paul (Leah), and Matt as well as his grandchildren – Philip (Caroline), Meredith (Travis), Luke, Nicolas, Elizabeth, Michael, Maxwell, Anneliese, Matthew, Lucy, Jack, Benjamin, Herman Marco and great grandchildren – Charlize and Juniper. He was a “man among men”, reigning from Philly, PA. He championed many causes full of the virtues recognized by all who encountered his warm and courageous spirit whether volunteering at church (Knights of Columbus Fourth Degree Sir Knight), military service (US Navy & US Army – during the Korean Conflict era), youth athletics (coach, referee, judge, announcer), school board member, and singing & playing guitar at both church and social events. A mentor and role model to many extended families and friends regardless of age or circumstance, he will be honored and remembered fondly and humorously. His classic “one-liners” are the stuff of legend. A celebration of life Mass service will be held at Saint Helen’s Catholic Church (Vero Beach) on June 4th at 2:00 PM, followed by Inurnment at Riverview Memorial Park (Ft. Pierce).

The family of George Herman Muller Jr. created this Life Tributes page to make it easy to share your memories.

Send flowers to the Muller family.