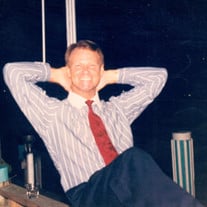 Captain Gary M. Perdew, 70, of Fort Pierce,FL passed away at his home on August 25,2021. Gary was born on September 25, 1950 in New Castle, Indiana; but moved to Fort Pierce, Florida in 1959. He graduated from Dan Mc Carty High School in 1968 and joined the Air Force shortly after. He served in both the Vietnam and Persian Gulf Wars. Before retiring from the Air Force in 1992, Gary was stationed in Virginia, Germany, and Oklahoma. The last 6 years were as a commissioned crew member aboard AWACS. After retiring, he moved to Port St Lucie, Florida and then back to his hometown of Fort Pierce, Florida. He received his MBA from the University of West Florida and went on to work as the Principal Analyst for St. Lucie County Board of County Commissioners and later the CFO of the Fire District where he remained for 11 years. Gary possessed a servant’s heart and was a part of numerous charities and organizations. Habitat for Humanity, Honor Flight, Sarah’s Kitchen, Harvest Outreach and Elk; to name a few. He traveled the world, but his favorite activities; remained walks on the beach and cruising A1A with the top down. He fondly remembered surfing on North Beach as a teenager and skiing at Jaycee Park when they were the only ski boat around. He was talented musically and sang in the choir at his local church. Sadly, he would say he never developed his brother’s talent to build or repair anything. But that never stopped him from collecting old cars in hopes of getting them on the road. He will be deeply missed by his family and friends. Survivors include daughter, Tricia Causby and husband, John of Port St. Lucie, Fl; daughter, Christie Tortora and husband, Andrew of Fort Pierce, Fl; brothers, Kevin Perdew of Cicero, New York; Steve Perdew of Ft Pierce, Fl; sisters, Vicki Pruett of Augusta, Ga, Tammi De Arruda of Portsmouth, Rhode Island and Bethany Danner of New Castle, Indiana; grandsons, Kiel and Rhett Causby and granddaughter, Grace Tortora. He is predeceased by his mother, Colene Perdew; father, Warren Perdew; and brother, Bobby Perdew. In lieu of flowers, memorial contributions may be made in his honor to a veteran’s organization of your choice or one of the charities close to Gary’s heart; Habitat for Humanity, Honor Flight, Sarah’s Kitchen, Harvest Outreach, or the Elks. A gathering will be held on Friday, September 3, 2021 from 2PM to 3PM, a memorial service officiated by Pastor Rad Orlandi will begin at 3PM at the Haisley Funeral Chapel 3015 Okeechobee Road Ft. Pierce, FL 34947.

The family of Cpt Gary M. Perdew created this Life Tributes page to make it easy to share your memories.

Send flowers to the Perdew family.