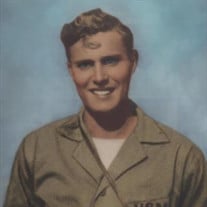 Calvin Keaton NORTH HUTCHINSON ISLAND - Calvin Keaton, 96, passed away on February 10, 2022. He was born in Ironton, Ohio on September 16, 1925. Calvin will be lovingly remembered as a devoted and loving husband, father, and grandfather. Calvin was a proud US Marine in WWII. He left his senior year in high school in 1943 to join the fight. He survived two amphibious campaigns, in Peleliu and Okinawa. He also aided in the repatriation of the Japanese from China. Calvin returned home from the war in 1946 and completed his high school education. Calvin obtained his first bachelor’s degree in Geology Engineering at Marshall University in West Virginia. He then went on to obtain his second bachelor’s degree in Hydrology Engineering at the University of Arizona. Calvin acquired many other accomplishments throughout his life. He became an Eagle Scout of the highest level. He was also a licensed private pilot. Calvin owned multiple businesses in his life. He was an avid fisherman his whole life and enjoyed boating. He was a very talented trumpet player and organist. Everyone found Calvin to be an extremely intelligent, witty, funny, personable, honest, and kind person. He was simply a very good man, who would always help anyone in need. Calvin is survived by his beautiful and loving wife of 72 years, Ida Keaton, daughters, Diana Keaton, Lisa Keaton, and Debra Browning. Seven grandchildren: Alec, Joshua, Jeremy, Daniel, Melissa, Johnny, and Sean. He was predeceased by his son, Dan Keaton. A one-hour visitation at Haisley Funeral Home, Fort Pierce will commence on Tuesday, February 22, 2022 at 1:00, to be followed by a graveyard ceremony at 2:30 at Hillcrest Memorial Gardens.

Calvin Keaton NORTH HUTCHINSON ISLAND - Calvin Keaton, 96, passed away on February 10, 2022. He was born in Ironton, Ohio on September 16, 1925. Calvin will be lovingly remembered as a devoted and loving husband, father, and grandfather.... View Obituary & Service Information

The family of Calvin Keaton created this Life Tributes page to make it easy to share your memories.

Send flowers to the Keaton family.