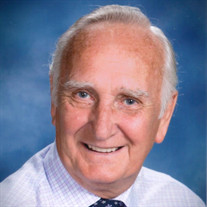 Arthur H. Winfield, 80, of Port St. Lucie, FL passed away November 23, 2021. Arthur was born February 8, 1941 to Arthur and Connie Winfield in Derby, England. He attended Ashgate Primary School followed by Sturgess Boy’s School, both in Derby, England. He worked construction and welding in England working for Clark Chapman in Derby and Rolls Royce. He married Gloria Brown May 5, 2001. He was a devoted member of Central Baptist Church in Port St. Lucie, FL. He was an avid fisherman, gardener, and photographer. Survivors include, wife of 20 years, Gloria; sons, Steven and Mark Winfield; stepchildren, Shelley, Carole, Andrea, and Courtney; 12 grandchildren in England; 10 great-grandchildren in England, the United States, Canada, and Jamaica; sisters, Christine and Irene of Derby, England, and Maureen of Perth, Australia; sisters-in-law, Ann Marie, Marcia both of Florida and Joyce of England; brother-in-law, Patrick of New York; as well as many nieces, nephews, and other extended family and dear friends. He was preceded by his parents, Arthur and Connie; sisters, Connie and Ann, and granddaughter, Danielle. A Visitation will be held on Friday, December 3, 2021 from 10AM to 11AM with a service to start at 11AM at Central Baptist Church. Burial will follow at Rolling Oaks Cemetery.

The family of Arthur H. Winfield created this Life Tributes page to make it easy to share your memories.

Send flowers to the Winfield family.