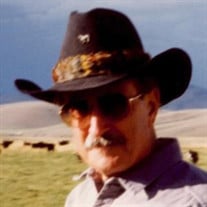 Arthur O. Davis April 26, 1941- March 7, 2022 Arthur O. Davis, 80, of Valparaiso was born in Gary, Indiana. He passed away surrounded by loving family in Fort Pierce, Florida. He was preceded in death by his parents Paul G. Davis and Mildred M. Davis. Art is survived by his loving wife of 60 years, Pamela Parry Davis; 3 children, Paul M. (Becky), Gerri L (James) Davis-Parker, and Terri J. (Mike) Steinhubel; grandchildren Pamela Grace Davis, Mitchell Arthur Davis, Jameson Davis (Emilee) Parker, Jacob Matthew Parker, and Penelope Lane Lawrence. A graduate of Calumet High School, Art attended Indiana University Northwest. He married his high school sweetheart Pam in 1961. Art served for two years on the Griffith Police Department. He was the department’s first canine officer, with his partner, a full-blooded German Shepard named Backus. In 1970, Art changed careers and joined his father at Truck City of Gary. Art took over the family business after his father’s retirement and continued to run Truck City for 38 years until his retirement in 2008. Art was a member of Teamsters Local 142 and the Historical Truck Society. Art embarked on a running career beginning at the age of 39 which spanned over 30 years. He trained with many local runners at high school tracks for speed work, often ran the trails (including the famous Ridge) at the Indiana Dunes, and he would also run the Calumet Trail in its entirety. Marathons became a passion for Art, running the Chicago Marathon 10 times. Other marathons included East Valley in Arizona, Sunburst in South Bend, and the prestigious Boston marathon. Art qualified for his first Boston Marathon, at the 1989 Chicago marathon, with a time of 3:10:10. He ran many local 5K, 10K, 15K, and 25K races over his career. Art’s fastest 5k was just under 19 minutes at 18:59. His fastest mile of 5:30 was clocked at the famous Kennedy Avenue Mile at the age of 51. Art enjoyed running later in life with his youngest daughter and his grandchildren at local 5k races. Art was an avid outdoorsman and hunter locally and traveled often to the Upper Peninsula of Michigan. He enjoyed camping, hunting, and educating his family on the importance of wildlife. No one could dispute how much Art was a lover of animals, especially dogs and horses. He was a devoted horseman sharing his love of all animals with his children, grandchildren, and anyone who stopped by. Art was heavily involved with the Porter County 4-H Horse & Pony project for many years, including serving as Project Superintendent. Art enjoyed showing, cutting, and trail riding with his beloved horses. A celebration of life will be held at a later date. In leu of flowers donations will be graciously accepted to the Arthur O. Davis 4-H Horse and Pony Memorial Scholarship Fund.

Arthur O. Davis April 26, 1941- March 7, 2022 Arthur O. Davis, 80, of Valparaiso was born in Gary, Indiana. He passed away surrounded by loving family in Fort Pierce, Florida. He was preceded in death by his parents Paul G. Davis and Mildred... View Obituary & Service Information

The family of Arthur O. Davis created this Life Tributes page to make it easy to share your memories.

Send flowers to the Davis family.